Home  Actress  Sunny Leone to Come to Trivandrum this May

The last time when Sunny Leone canme to Kerala, she caused a traffic jam extending kilometres in Kochi. Now the actress is all set to return to Kerala, this time in Thiruvananthapuram, for a show in the month of May titled the Indian Dance Biennale 2018.

The actresss herself confirmed the news and said, “I will be coming to god’s own country on May 26th 2018”. That’s enough reason for her fans to head to the Greenfield International Stadium in Kerala’s capital at the end of May.

Last time, Sunny had arrived in Kochi to inaugurate a phone store. The entire MG Road was flooded with her supporters, numbering in thousands, and it took nearly two hours to clear the streets after the event was over. 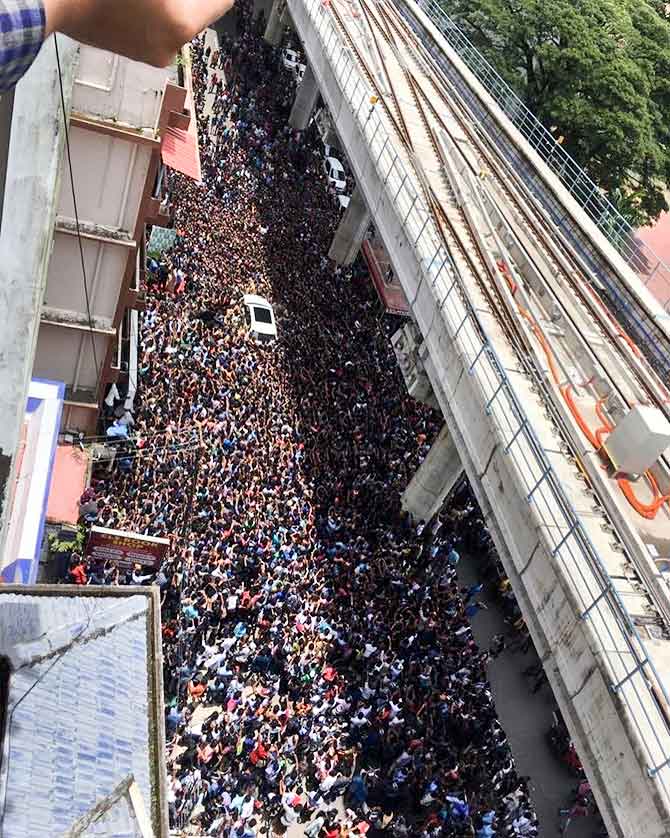 MG Road was flooded with Fans when Sunny Leone came to Kochi.

Actor Vijay aka Thalapathy got the huge fan base…

WHO is a much-anticipated movie in M-town. The time…